The Travel of the Gavel

In February 2011, during his year as Worshipful Master of Fitzwilliam Lodge No 2533, WBro Jonathon Hibbins laid claim to a Travelling Gavel.

Having originated in St Martin’s Lodge in the Massachusetts 21st Masonic District, USA, the Travelling Gavel was then in the posseion of Horsa Lodge No 2208 in Bournemouth.

Click here for a history of the Travelling Gavel.

Fitzwilliam Lodge has tried several ways of publicising the Gavel in the UK - from as far north as Hexham down to London and across to Boston.  Until recently, there has been little interest from any other Lodge in claiming the Gavel. 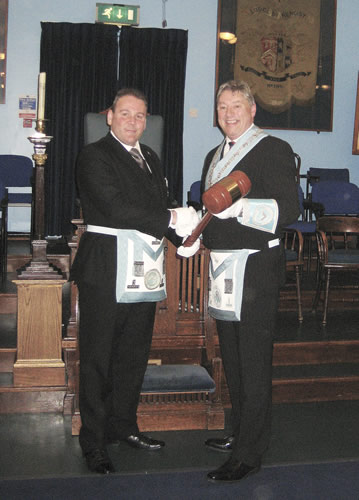 Since becoming Provincial Grand Stewards together in 2012, WBros Jonathon Hibbins and Nick Baxendale of Lactodorum Lodge No 8526 have built up a keen friendship.  On one of his visits to Fitzwilliam Lodge WBro Baxendale learned about the Gavel.  The seed was sown.  He formed a plan for Lactodorum Lodge members to form a raiding party and claim the gavel. 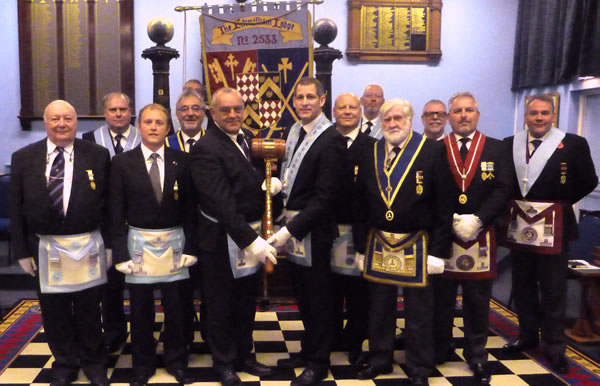 After travelling the required 50 miles they were indeed the largest raiding party in attendance and claimed the gavel in the prescribed manner. The Worshipful Master of Fitzwilliam Lodge WBro Iain Griffin handed it over to WBro Steve Rams for it's onward journey to Towcester where it will reside until claimed by another raiding party.