Six Masons from Lodges in the Province ran in the Adidas Silverstone Half Marathon on Sunday 2 March 2014 in aid of Lifelites, the children’s charity being supported by the Province. 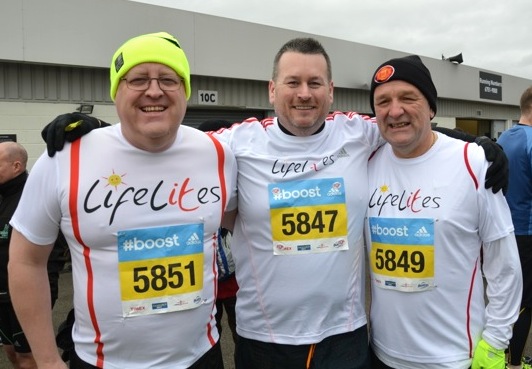 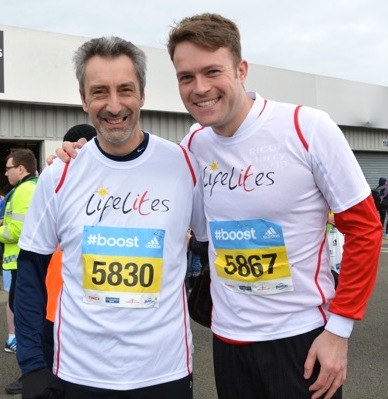 Bro Scott Norville of the Lodge of St James 6838 trained hard for the event.  He would have taken part but damaged a knee ligament just before race day and was unable to take compete.

The Assistant Provincial Grand Master, WBro Norman Pope, and the Provincial Grand Charity Steward, WBro Gerry Crawford were there to see them off In far from ideal conditions - strong cold wind and rain.  All six completed the course in very creditable times. 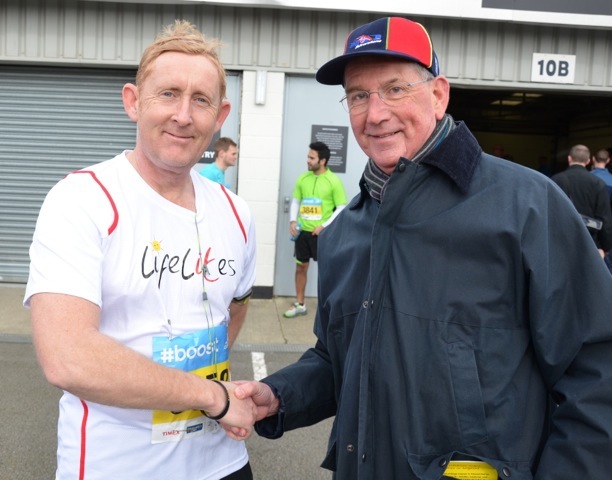 It was hard work.  We seemed to be running into the wind the while way round.  It was, however, enjoyable and hopefully we will raise a substantial amount for Lifelites.

Pledges can still be made online by clicking here or by cheques sent to the Provincial Office in favour of the Provincial Grand Charity which will pass on the proceeds to Lifelites.