The meeting of Dr Oliver Lodge No. 3964 held at Ellindon on Friday the 27th of December 2019 was one to remember for WBro (Elvin) Roy Cole as it saw him receive his 60-year Diamond Jubilee Certificate from Past Assistant Provincial Grand Master, WBro David Burton PSGD.

The presentation was just what the doctor ordered as WBro Roy had only recently had a major fall-out with a wardrobe door, hence the reason for him looking a little black and blue in the following photo! 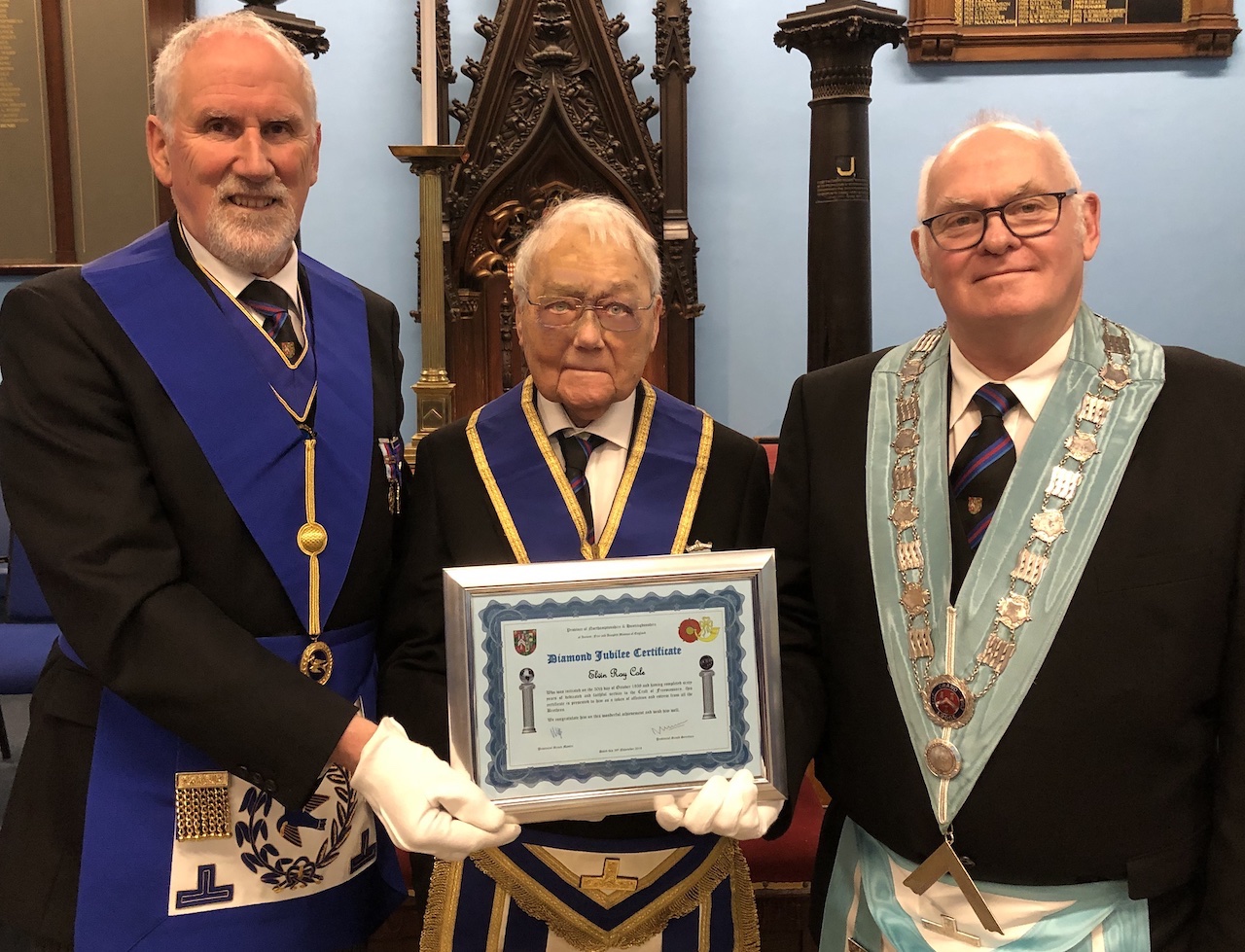 During his presentation, WBro David informed those present that WBro Roy was initiated into Dr Oliver Lodge on the 30th of October 1959. At that time, WBro Roy was 33-years old.

In looking back over the events of that year, WBro David recounted that:

WBro David then proceeded to outline some of the notable milestones in WBro Roy's Masonic career:

Sixty years in Freemasonry is a wonderful achievement: you began your Masonic Career when I was only 9.

I have had the pleasure of being with you in this Lodge, the Palmer Provincial Stewards Lodge as well as Dr Oliver Chapter.

During this time, we have become very good friends.

You are an inspiration to the Brethren; still enthusiastic about your Freemasonry, and after 60 years in the Craft, a person who is greatly respected and admired.

We congratulate WBro Roy on his fantastic achievement and wish him many more years to enjoy his membership of the Craft.