On Friday the 10th of December 1971, WBro Ian George William Tailby PAGDC, PPJGW was initiated into St Crispin Lodge No. 5627 in Kettering, thus marking the start of a distinguished Masonic career that saw him receive Grand Rank in Craft, Senior Provincial Rank in Chapter, the 31st Degree in Rose Croix, and Grand Rank in Knights Templar.

Born in 1935, WBro Ian joined the family building business after having obtained a degree in engineering.

When the business was eventually sold, Ian retrained as a mathematics teacher, subsequently teaching at Rugby School; also, at the Kettering and Leicester grammar schools.

Ian’s 50-year Masonic career started shortly after the introduction of decimal currency, but before the invention of mobile phones and personal computers!

WBro Ian was presented with his Golden Jubilee certificate on Wednesday the 22nd of December 2021 by Masonic Charitable Foundation (MCF) Trustee WBro David Watson PSGD. The presentation took place at Devonshire Court, the RMBI care home at Oadby, where Ian is a resident.

The following photograph shows WBro Ian being presented with his certificate by WBro David Watson who was in company with WBro Peter Brown and WBro Keith Dickson (pictured), the Secretary and Director of Ceremonies of St Crispin Lodge where WBro Ian is now an Honorary Member. 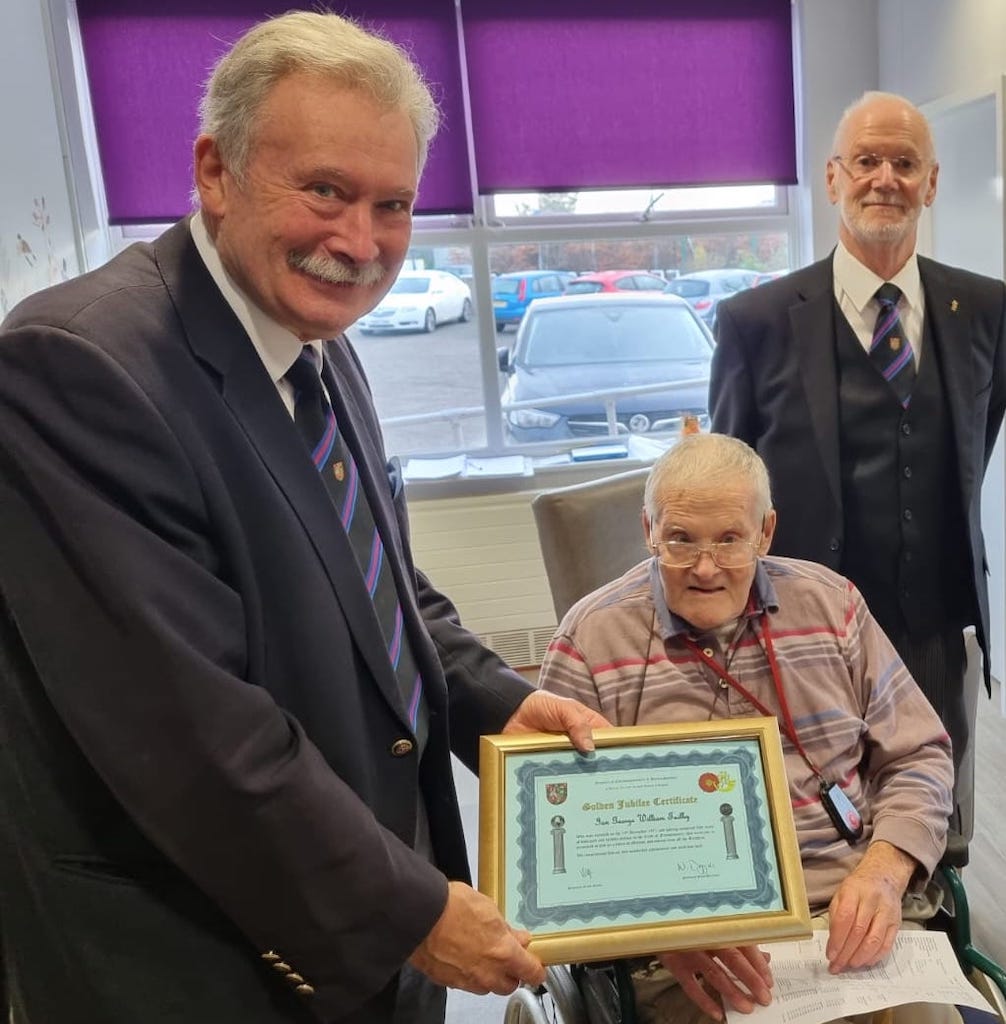 Whilst talking to the visiting brethren, a delighted WBro Ian commented that during his career across the various orders, he had completed some 44-years as one Director of Ceremonies or another!

We congratulate WBro Ian on his achievement and are in awe of the wealth of knowledge he must have accrued and passed-on as a mentor throughout his unstinting period of service!