It is with great sadness that we report the passing of WBro Christopher Martin Smith PAGDC to the Grand Lodge Above on Saturday the 22nd of May 2021. WBro Chris had been receiving treatment for bowel cancer at Bedford Hospital. His family moved him to St John’s Hospice, Moggerhanger for his last night. 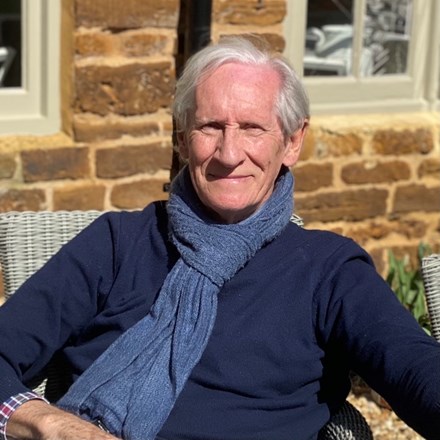 Sadly, Chris’s wife Sheila passed away in September 2020. They are survived by their daughter Joanne (Jo), her husband, James, and three grandchildren.

Born in Suffolk, Chris was educated at Trinity Grammar School in Northampton and went on to read civil engineering at university, spending most of his career in the design and construction of bridges and roads with Bedfordshire County Council.

In terms of hobbies, both Chris and Sheila had a passion for buying and selling antiques and could be seen on a regular basis at antique-fairs around the Province.

On the 26th of January 1979, at the start of a distinguished Masonic career, Chris was initiated into Kingsley Lodge No. 2431 subsequently reaching the Chair of King Solomon in 1989.

In 2003, Chris was appointed to Grand Rank as PAGDC. He also became a Northampton Group Officer and was subsequently appointed as Provincial Information Officer and Chairman of the Communications Committee, serving as such for 3-years.

In addition to Kingsley Lodge, Chris was a member of several other Craft lodges:

Chris was interested in local Masonic history, and in 1998, he made a valuable contribution to the tremendous task of completing the Provincial history for the Bicentenary Celebrations. Then in 2017, Chris played a very important part in updating the Kingsley Lodge history book in preparation for the Lodge’s 125th Anniversary. Chris worked through 25-years of the Lodge’s minutes to ensure that the book, which was originally written by WBro Bill Wright and covered the first 100-years of the Lodge’s history, was brought up-to-date whilst maintaining the same style, ready for the 125th Anniversary celebrations.

Chris was exalted into the Holy Royal Arch when he joined Kingsley Chapter No. 2431 in 1983. Having risen through the Chapter’s offices, he became MEZ in 1996.

In addition to Kingsley Chapter, Chris was a member of several other HRA chapters:

Chris was also a Past Provincial Grand Master of the Mark Province of Bedfordshire as well as a member of numerous other orders in both Bedfordshire and Northamptonshire & Huntingdonshire.

Chris’s funeral, which is to be a strict family-only affair, will be conducted by WBro Tony Avery on Friday the 4th of June 2021 at the Counties Crematorium, Northampton.

A service of thanksgiving is to be held at St Owen’s Church, Bromham MK43 8HH on Monday the 21st of June 2021. For more details, click here.

A tribute site has been created to which brethren are invited to contribute:

WBro Chris was certainly a man who lived respected and died regretted. A brother to whom anyone could turn for advice and support, he will be sadly missed by all who knew him.