One Year On at Old Kimboltonians'

One year on from the suspension of Freemasonry in March 2020, many lodges throughout the Province have successfully turned to Zoom and other online services as a means of maintaining contact with their members.

We are pleased to say that all of these meetings have been reported as being most worthwhile, and the online get-together of Old Kimboltonians' Lodge No. 7204 held on Friday the 19th of March 2021 was no exception.

Over 40 members and guests joined together to enjoy each other’s company whilst addressing a comprehensive business agenda planned in fine detail by the Lodge's secretary, WBro John Hitchin, of Greyathon fame. 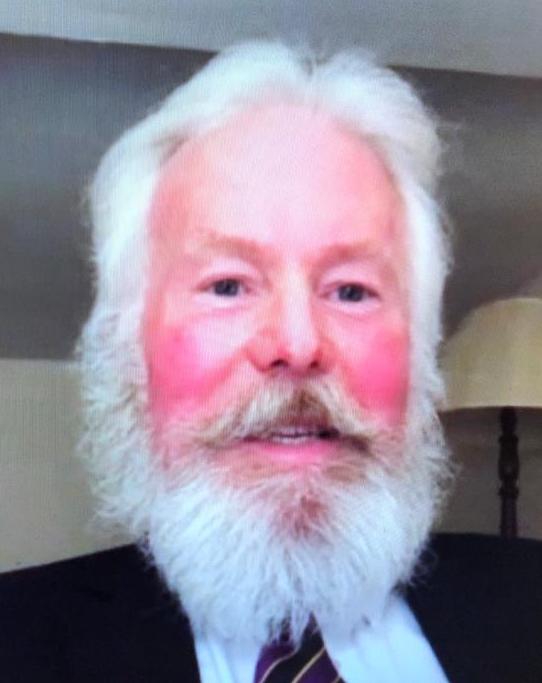 Those present heard that the Lodge was in very good health and that its members were keen to resume meetings as soon as possible.

With 3-candidates and a joining member in waiting, WBro John presided over two 'in conversation' interviews with those prospective members who were in attendance. Each candidate played their part in a most informative way thus providing a lovely introduction between them and the Lodge's members.

A comprehensive report from the Lodge's almoner, WBro Jeff Chambers, concluded with an introduction to a special item entitled 'The Broken Column' whereupon WBro Stephen Kingan, Provincial Junior Grand Warden, explained how the Lodge's tradition of presenting each lodge widow with a special brooch and associated card may be adopted Province-wide. 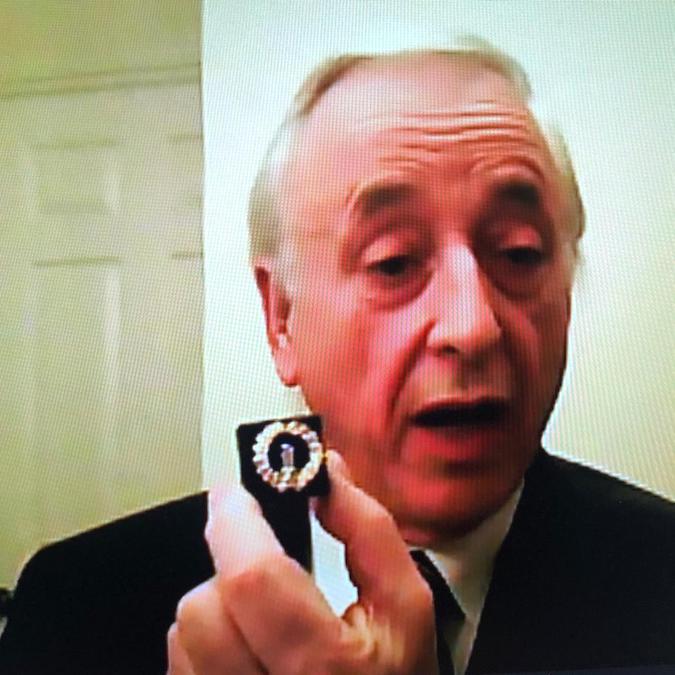 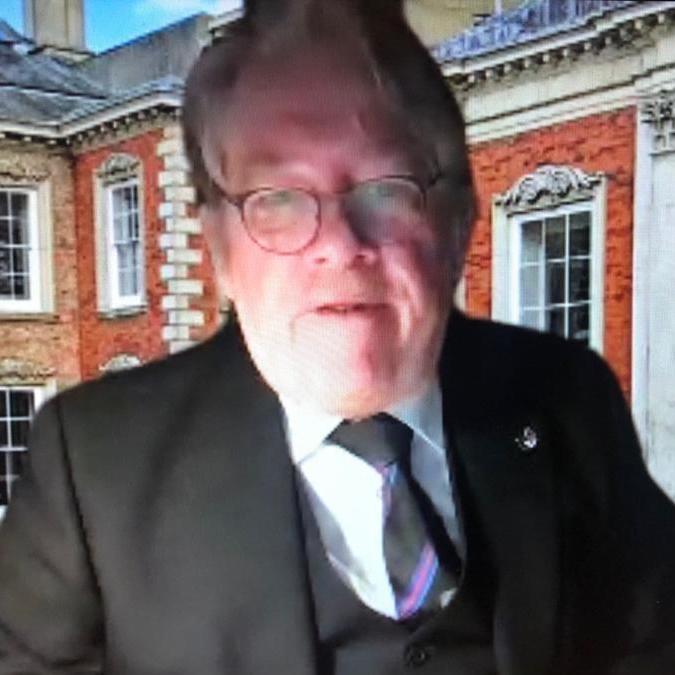 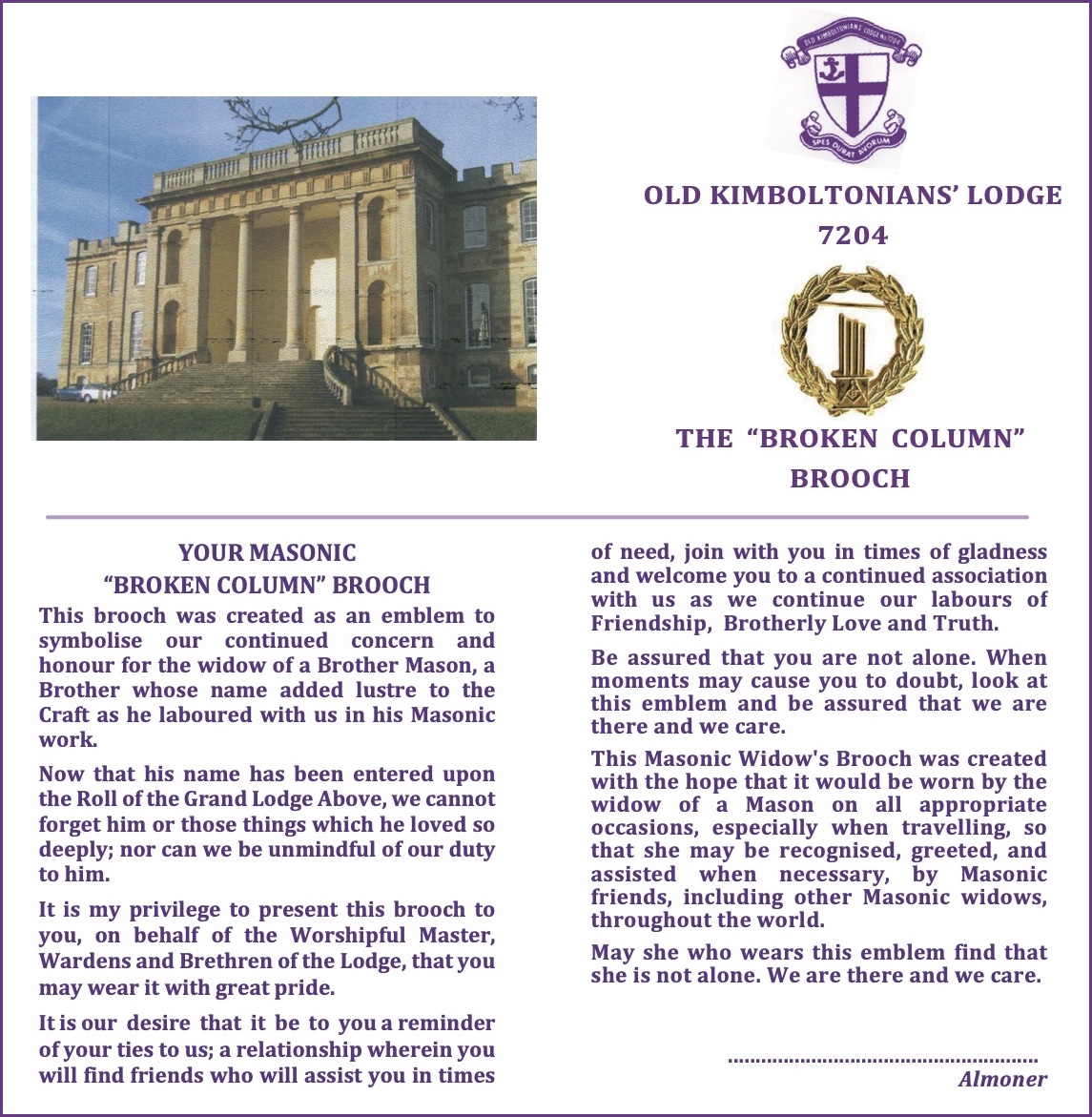 Honorary member VWBro Graham Redman, Deputy Grand Secretary, then gave news from Grand Lodge including the fact that the positions of Provincial Membership Officer and Provincial Communications Officer were to become active (collared) offices. Also, that the Hermes initiative was to be introduced on a gradual basis. 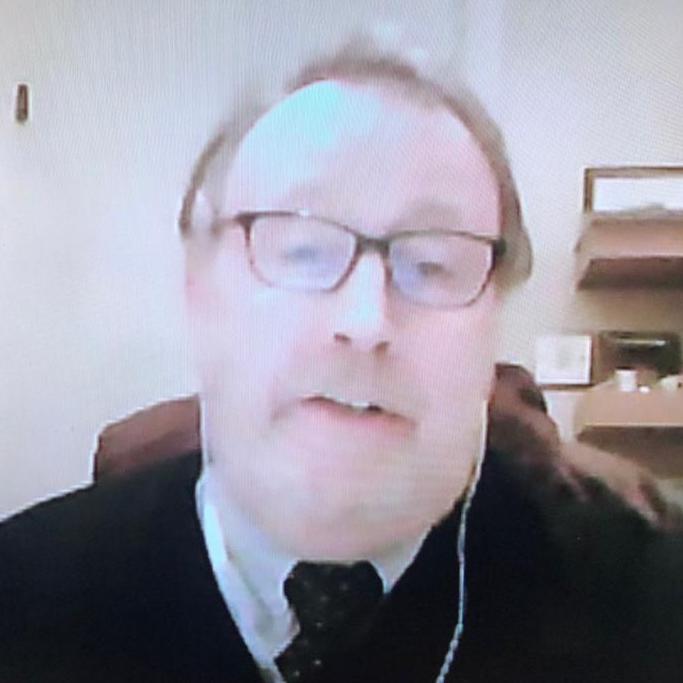 A most enjoyable and informative 'virtual' evening was concluded with WBro Bob Turner welcoming the many visitors and WBro Mick Warren responding, both speaking with great style!

Such meetings are keeping brethren connected until such time that we can all meet again in person, which we hope will not be too far away.

Old Kimboltonians' Lodge will be holding their next meeting with another packed agenda on the Friday 14th May 2021. Guests are always welcome.