It is with great sadness that we report the loss of Grey Friars Lodge member, WBro Alan Bailey PPJGW, who passed to the Grand Lodge Above on Saturday the 13th of February 2021 aged 77-years.

WBro Alan was initiated into Grey Friars Lodge No. 4990 on Monday the 24th April 1989. This was somewhat appropriate considering that, during his time as Master, Alan created the Lodge's first St. George's Day celebration, an event that has taken place at every April meeting since. 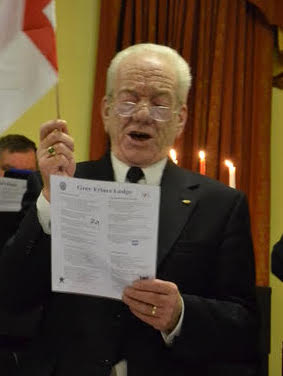 Alan was an extremely hard-working lodge-member.

Many of the Grey Friars members appreciated the one-on-one rehearsals Alan held at his home. He was also a Preceptor of the Northampton Lodge of Instruction.

In 1990, Comp Alan was exalted into the Holy Royal Arch, becoming a member of Eleanor Cross Chapter No. 1764.

During his working life, Alan was an excellent salesman. After working as the manager of the Northampton branch of Kettering Tyres for a number of years, he became manager at Scalemore, a tool-hire/sales company that he eventually took over and ran very successfully until his retirement in 2014.

Alan was a very generous man, and Grey Friars Lodge have a lot to thank his generosity for. Before computers and emails, lodges summonses were printed and sent to members by post, a cost that was borne by Alan for several years.

WBro Alan suffered the loss of his first wife Carol at a young age. He married his second wife, Gill, on Valentine's Day in 1992

Unfortunately, Alan’s health deteriorated in later years due to the onset of Parkinson’s and dementia. 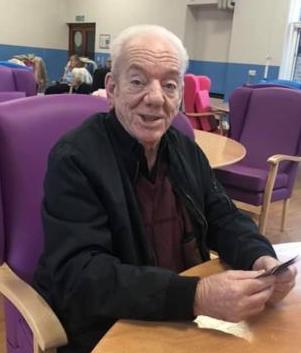 WBro Bob Farey, a long-standing member of Grey Friars, remembers working for Alan as a Scalemore delivery driver for several years following his retirement. Bob commented that it was a period in his life that he thoroughly enjoyed, one that exposed him to Alan’s generosity on a regular basis.

Another member, WBro Ron Jennings, knew Alan for over 70-years and always referred to him as 'Ginge' Bailey due to his shock of red hair. WBro Ron also remembers Alan’s generosity, both at Kettering Tyres in the late sixties (a new tyre for the price of a repair), and more recently at Scalemore, where he was loaned tools by Alan rather than having to hire them.

Alan and Ron were both initiated by Ron’s late father in 1989, and Ron followed Alan in every office of the Lodge from Steward to Master. Ron remembers Alan offering him assistance together with kind words of encouragement in every office.

There is no doubt that when Masonic meetings can resume, Grey Friars Lodge will seem a sad and strange place without WBro Alan John Bailey in attendance. He was an exceptional friend and Brother.