New Commemorative Paintings: We Will Remember Them

Bro Leonard Litchfield, an accomplished artist and the Senior Steward of Cytringan Lodge No. 4048 (an office he has held for the past 20 years!), has found his own way of commemorating the 75th Anniversary of both VE Day and VJ Day by producing three wonderful paintings during lockdown.

Born just after the War very close to the Birmingham Small Arms (BSA) factory, which suffered heavy bombing, many of Bro Len's earliest playgrounds were bombsites. All of his aunts and uncles either fought in the War or helped with the war-effort. His mother made parachutes.

Accordingly, Len has always had a special interest in the events of WW2, and he is particularly admiring of the Royal Air Force pilots and their aircraft, especially the elegance and beauty of the Supermarine Spitfire.

Len's favourite film, one that he watches often, is The First of the Few, which is based on the story of Reginal J Mitchell CBE, the British designer and creator of the much beloved Spitfire fighter-aircraft.

Len explained that his new paintings were created to remember those who served. Also, to represent: 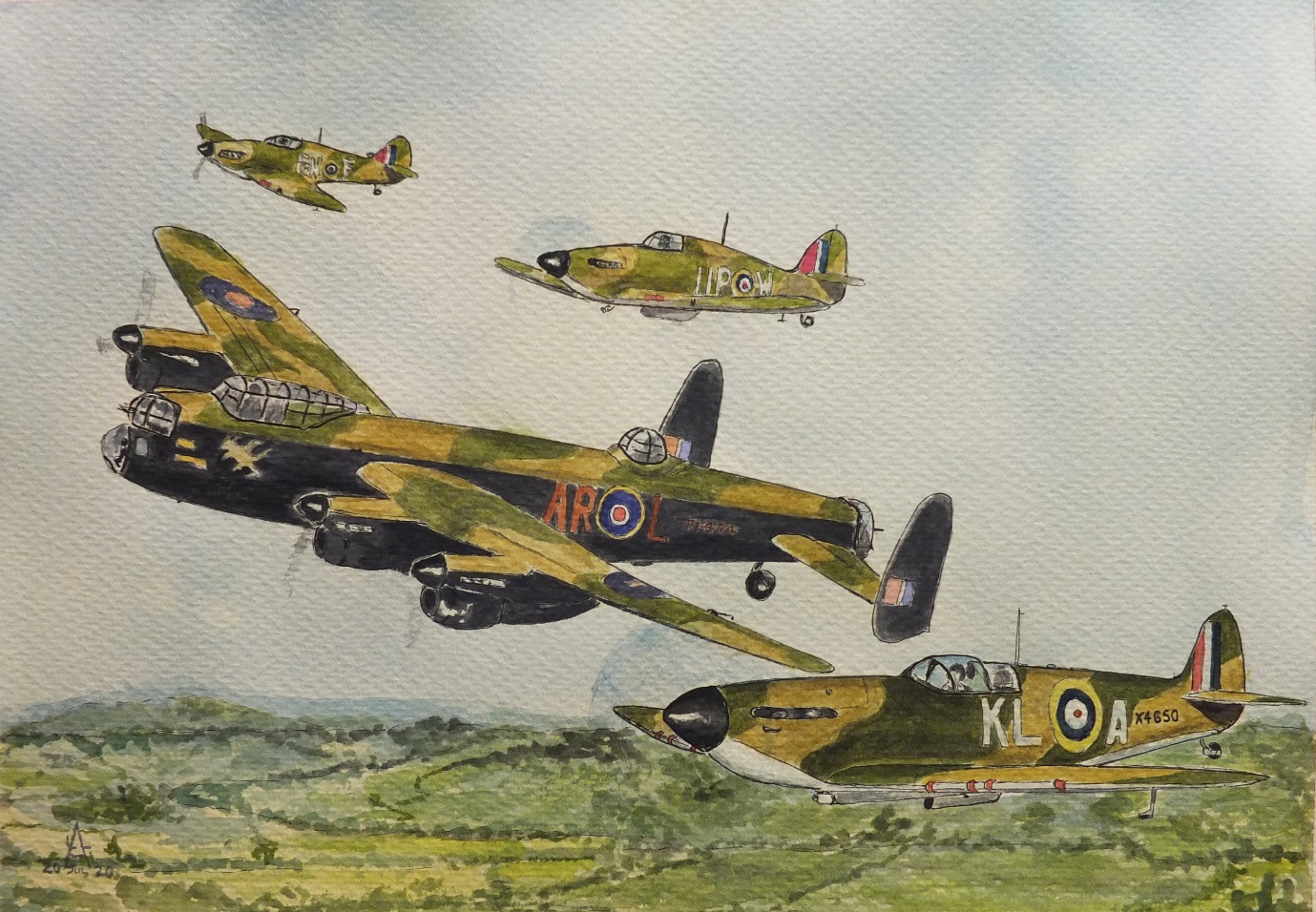 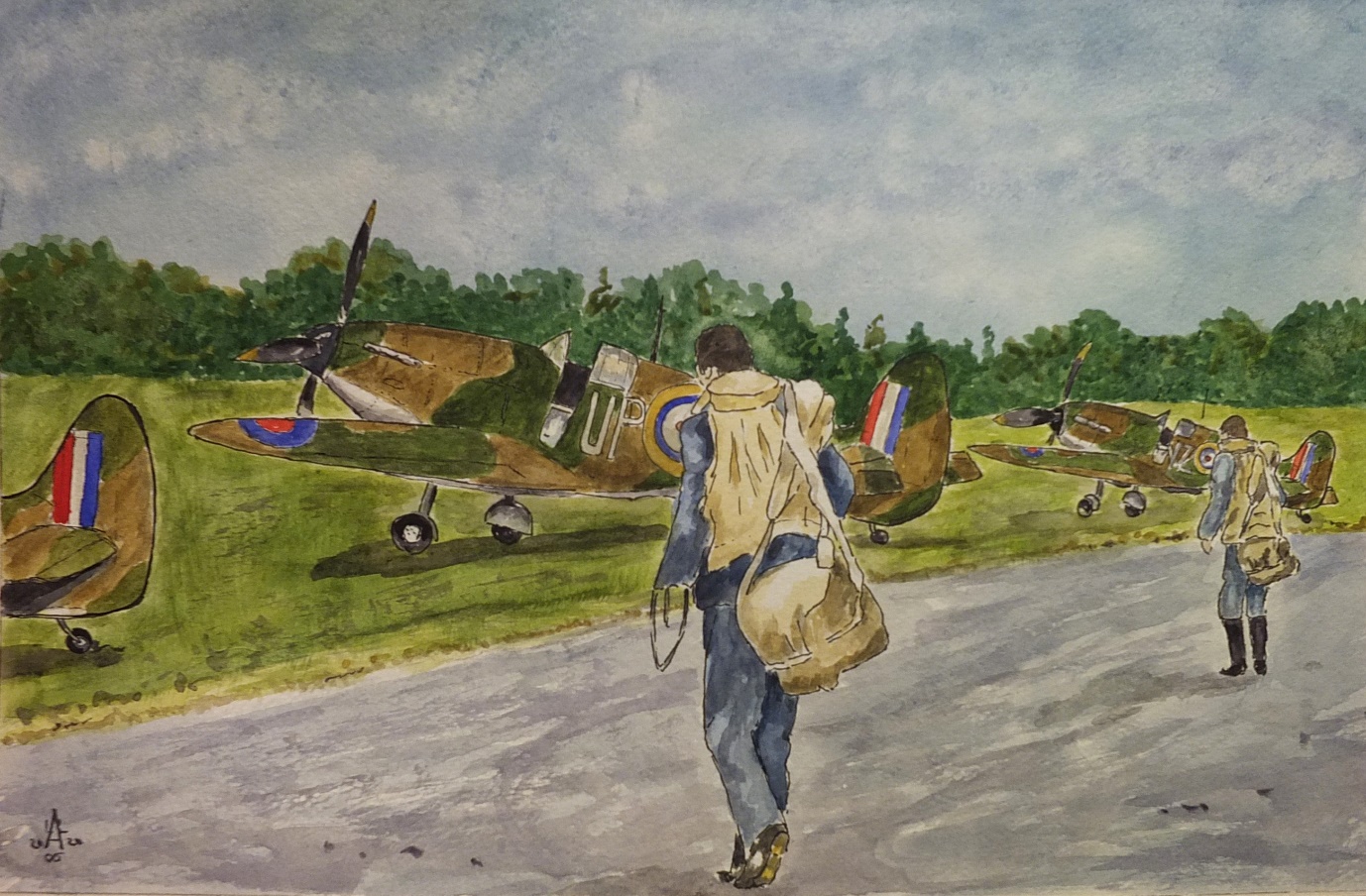 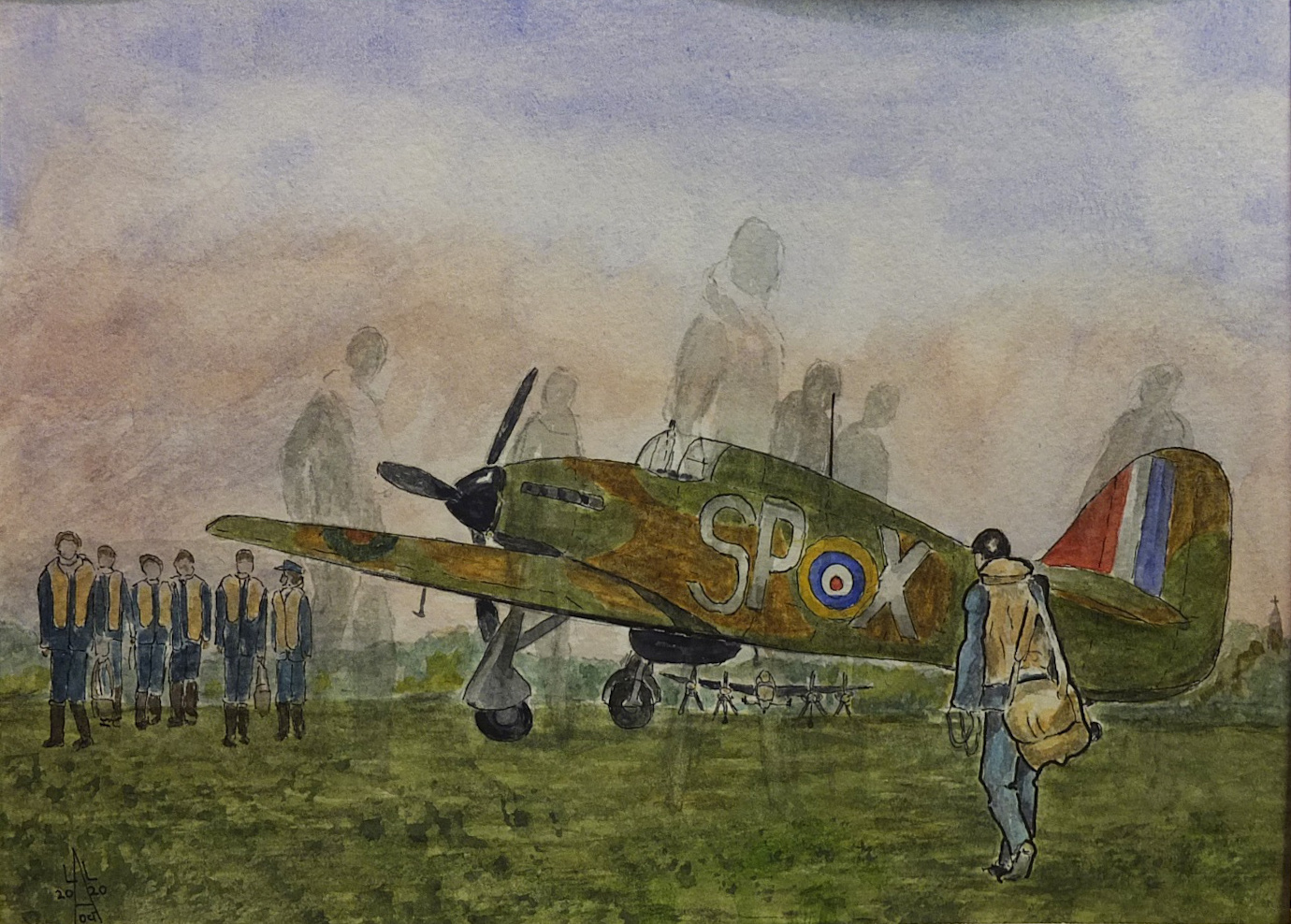 We congratulate Bro Len Litchfield on his wonderful paintings and join him in remembering all those who served so valiantly, many making the ultimate sacrifice.

We will never cease to remember them.