The Worshipful Master of Grey Friars Lodge No. 4990, WBro David Crossley, was very pleased to present a cheque for £250 on behalf of the Lodge to Bro Matt Ellmer for completing the Coast to Coast Walk in aid of the Colonel’s Fund. 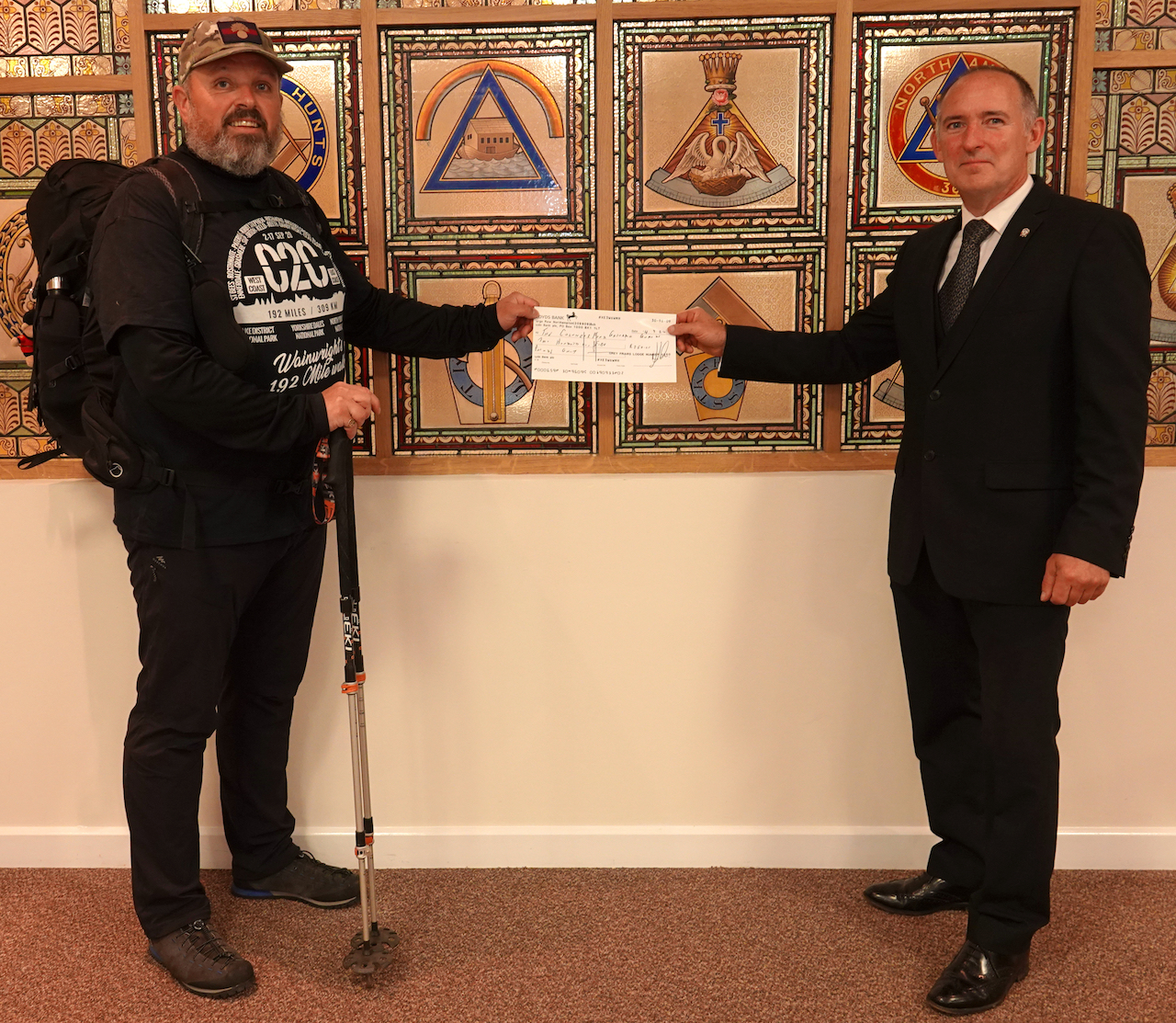 The Colonel's Fund forms part of the Grenadier Guards Charity and supports:

Matt is a former member of the Grenadier Guards and is employed by the Colonel’s Fund as Regimental Casualty Officer.

He initially aimed to raise £15K through sponsorship, but thanks to donations from individuals and organisations across the country, the total raised thus far is closer to £25K.

Matt explained that, after a significant amount of planning, the walk - like many other events - nearly had to be cancelled.

Thankfully, Matt and his walking partner, Andy, were able to overcome these difficulties and finally set-out from St Bees on the morning of Thursday the 3rd of September 2020 to start their walk to Robin Hood's Bay.

The journey caused Matt to query the accuracy of the distances given in Alfred Wainwright’s well-known guide to the walk: Matt's GPS-enabled smartwatch begged to differ!

He also wondered whether the term, "a pleasant and steady walk", was a disguised way of saying "you will need to dig deep"!

The section from Patterdale to Shap in the Lake District and the final-day were the toughest especially with the inclement weather and steep descents.

Regardless, Matt managed to complete the journey in one piece with only a couple of blisters and an aching left-foot to show for it.

He most definitely enjoyed the experience and was under no illusion that the difficulties he experienced were nothing in comparison to those faced by the veterans (and their families) supported by the Colonel’s Fund, so it was all worthwhile.

If anyone would like to support Matt’s fundraising efforts, donations can still be made via his JustGiving page: