St Johns Lodge No. 3972 have received the excellent news that their application to join the UGLE Universities Scheme has been accepted. 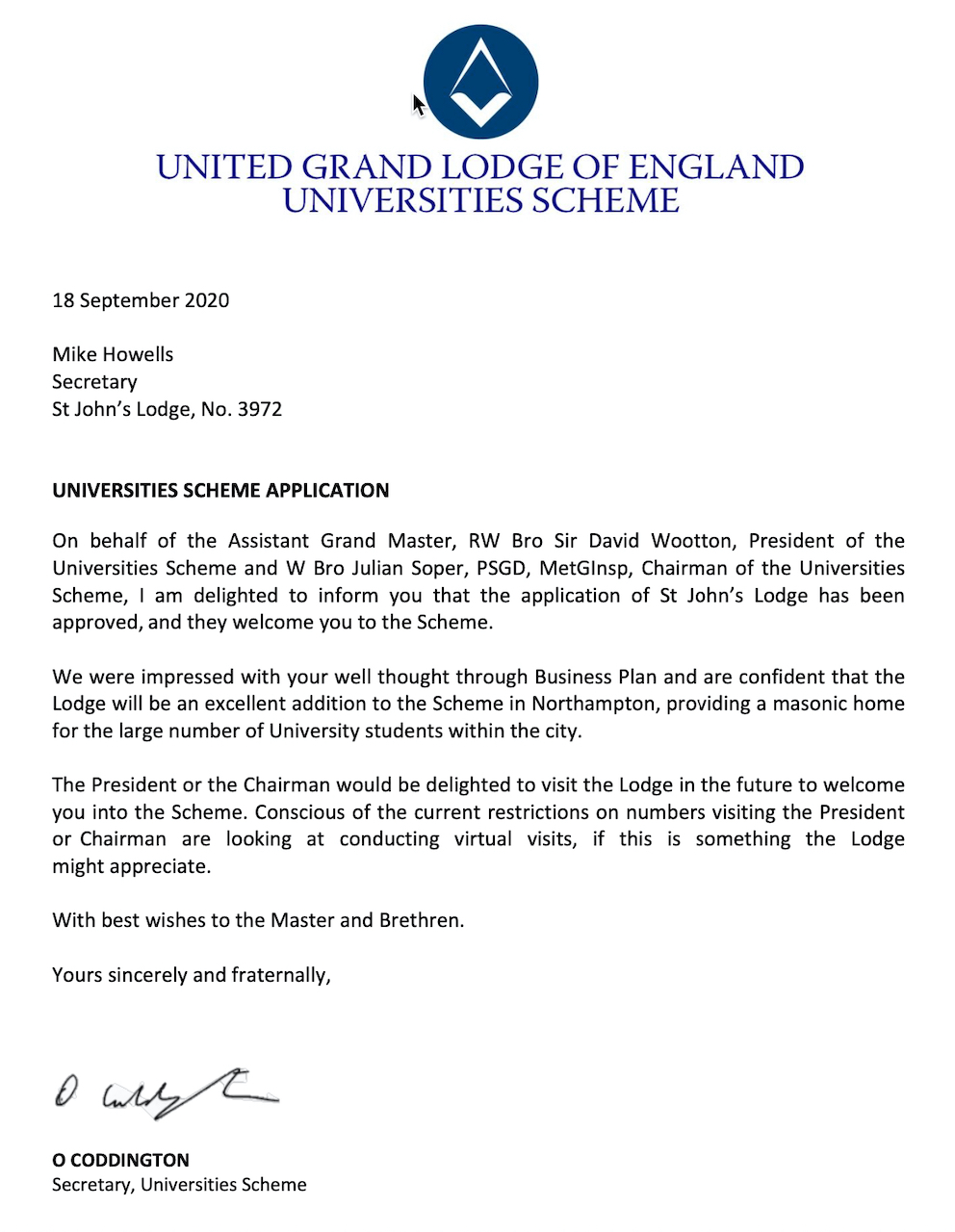 Since then, many thousands of young men have been introduced to Freemasonry through these two Lodges, thereby providing the inspiration for the University Scheme, which was set-up by by the United Grand Lodge of England in 2005.

Headed by Assistant Grand Master Sir David Hugh Wootton, the scheme now has 86 member-lodges, the latest being St John’s Lodge No. 3972 in the Province of Northamptonshire and Huntingdonshire.

Encouraged by the Provincial Grand Master, RW Bro Max Bayes, a small team led by the Worshipful Master of St Johns Lodge, WBro Michael Long produced a business plan demonstrating to the Scheme's committee how the Lodge would work to attract and develop initiates from Northampton University.

It's unfortunate that the Lodge's success in being admitted to the Scheme has been tempered by the COVID-19 lockdown, which has prevented Northampton University from holding its traditional Freshers Fair this year.

Nevertheless, we are working with the University to see how we can interest potential members via an online presence, and the United Grand Lodge of England have developed a YouTube video to this end:

This is certainly a most interesting time for St John’s Lodge, which also celebrated its 100th anniversary earlier this year.

On behalf of the Province, we send all those involved our hearty congratulations and best wishes for every future success.