Following a successful 2018/19 Masonic season as Master of Town and Country Lodge No. 9580, WBro Geoff Hill (now the Lodge's IPM and Charity Steward) was thrilled to be able to meet representatives of the two charities on his Master's list and present them each with a well-received donation. Geoff's wife, Sue, was present on both occasions.

The first cheque for £600 was presented to Great Ormond Street Hospital Children's Charity (GOSH). Geoff and Sue thanked the charity for all the fantastic work they do to support and treat the children in their care. 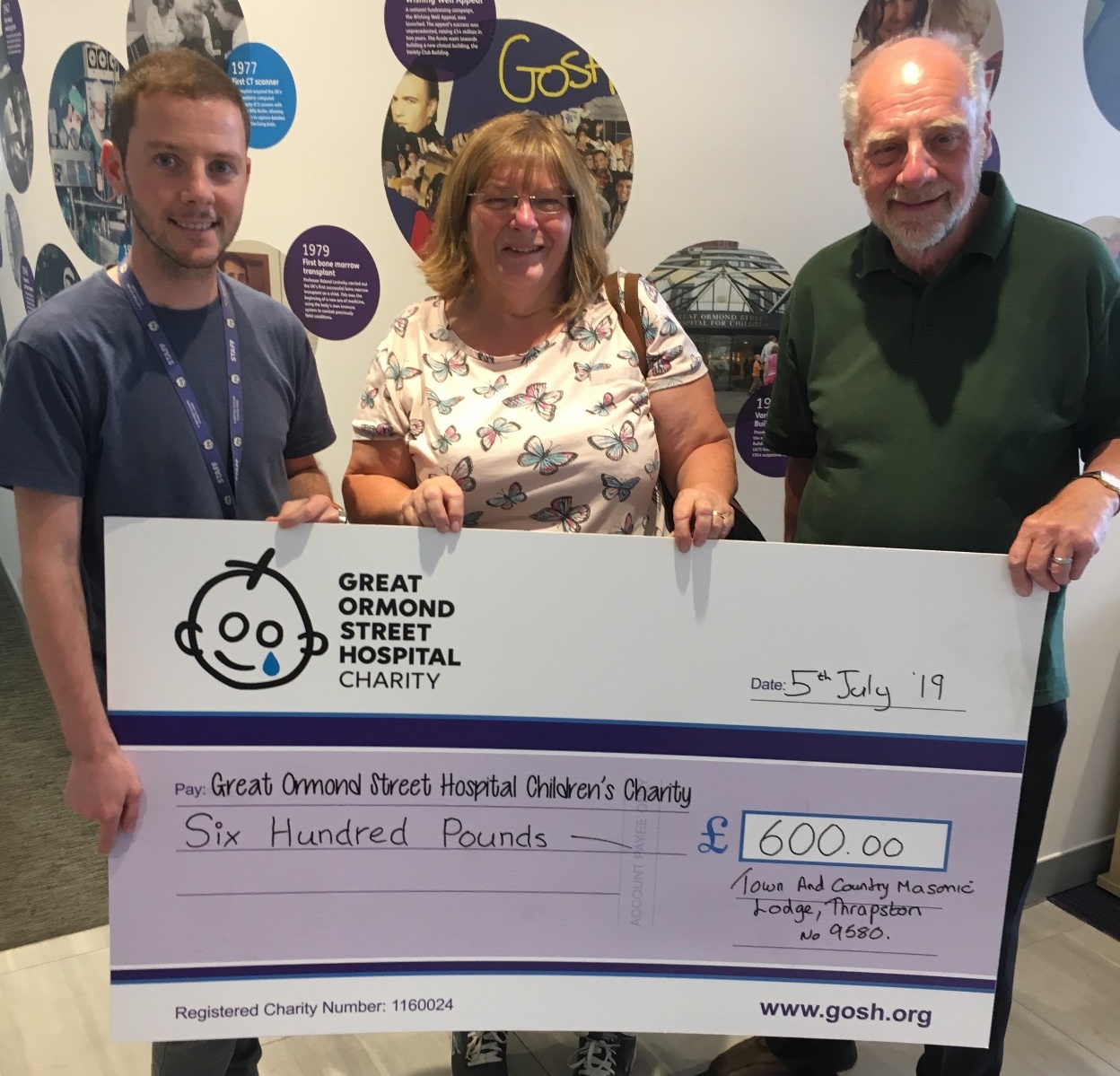 Geoff and Sue's granddaughter assisted them to present a second cheque for £900 to Cransley Hospice in memory of her father. They thanked the hospice for the wonderful care it gives to its patients. 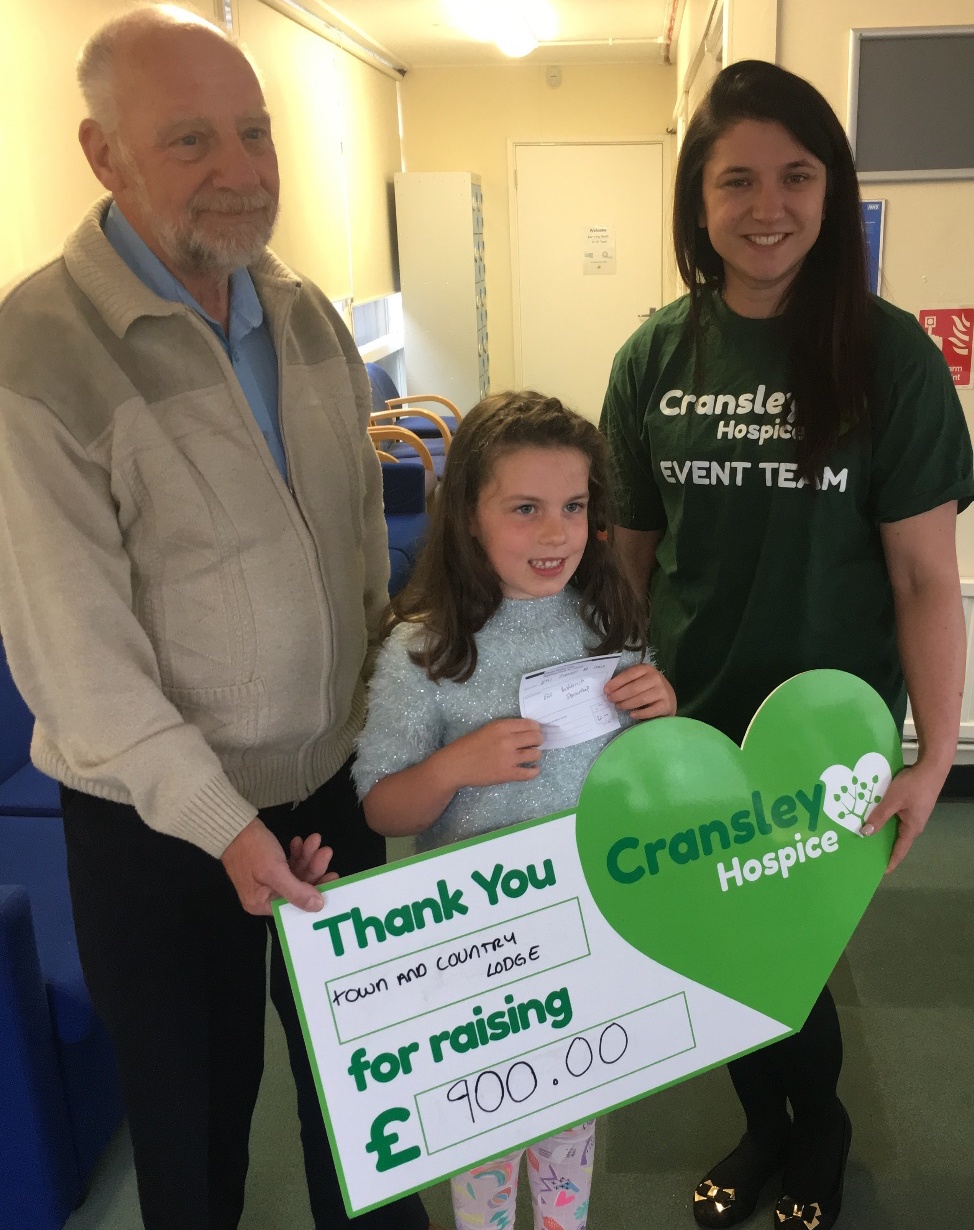 The money presented to the two charities was raised by Town and Country Lodge members, their family and friends as a result of a charity walk; also, from raffles held at the Lodge’s first ladies' night and a race night. Other activities that took place during Geoff's year raised money for the 2024 MCF Festival.

We thank Geoff and the other members of Town and Country Lodge, their friends and family for their continued generosity in supporting such worthy causes.